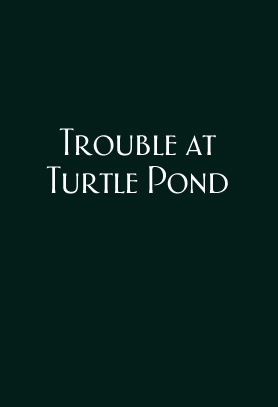 When 11-year-old Miles moves to Marsh Hollow, he’s desperate for a fresh start. At his last school, his ADHD-related challenges earned him a reputation as a troublemaker and cost him his friends, especially after he lost a beloved class pet. With just one chance to make a first impression, “Mayhem Miles” is determined to do something great in this town. Like solving a mystery. After witnessing people burying something in his neighbor’s backyard one night, he’s sure there’s trouble – and this time, it’s not his fault.

When his other neighbor, Pia, invites him to join the Backyard Rangers to help protect endangered turtles at the pond behind his house, Miles knows this is his chance to investigate. He stumbles on clues that point to illegal poaching. Sabotaged turtle traps, stolen eggs and kidnapped hatchlings put the fragile turtle population at risk. Miles and Pia recruit two more Backyard Rangers to help track a string of suspects, including an obsessive gardener, an eccentric pet shop owner, and the town bully and his drifter uncle. Then the rangers start receiving threatening messages, and an unexpected twist turns suspicion back on Miles. Has his reputation for trouble followed him all the way to Marsh Hollow? It’s up to Miles to convince his new friends that he’s not who they think he is, and to stop the turtle crimes before more turtles – and people – get hurt.