I had so much fun meeting cyclists at Boston City Hall last Friday! Bike Friday is an awesome event to encourage bicycle commuting. Convoys came from Boston neighborhoods around surrounding towns and streamed into City Hall Plaza starting around 7:30 AM.

Our LATITUDE ZERO booth was right by the bike shop and bike gear booths. I felt a little out of place at first, the only one promoting a book. But Boston’s a big book city, so it was no surprise that many bike commuters also happen to be readers, who enthusiastically gravitated toward our tent. They picked up LATITUDE ZERO swag and free sports drinks, and chatted about bikes and books. It was lots of fun learning about where people had biked in from and why they were motivated to participate in Bike Friday. I met recreational riders, fierce competitors. charity riders, retirees, commuting businesspeople, and teens. There are so many ways people can connect to this sport, which is something I love about cycling. You don’t have to spend thousands of dollars (though you can) or have the nicest bike and gear, and you don’t have to ride hundreds of miles to feel the joy and sense of accomplishment that go along with a bike adventure.

I was really in awe of the people who biked into the city, some with guide-led convoys and some on their own, some from pretty far away. I’m not a big urban rider myself; like the main character in my novel, Tessa, I prefer the open road, or roomy suburban and rural roads. I don’t like feeling the heat of passing cars on my legs, or navigating congested traffic. But that’s why advocacy for bike commuting is so important; we need more cyclists in cities and more awareness of them and resources for them, to make everyone safer. I did feel a bit hypocritical parking my Subaru at City Hall Plaza, though. In the picture below, yep, that’s my gas guzzling car sitting right behind me. I really wanted to bike in with the participants, but I had an unwieldy metal tent structure, a table, two chairs, coolers of Gatorade, and a box of books and swag to transport. No way could I get all that to City Hall on a bike. My street team and I didn’t qualify for the free Boloco breakfast, either, since we didn’t come by bike. Fair enough! I’ll be back for the July Bike Friday, sans booth, and next time I’ll come on two wheels!

(special thanks to my awesome street team at bpcp Consulting, for putting this fun event together!) 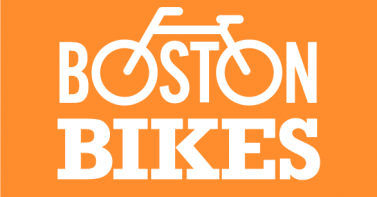 If you’re in the Boston area, and you work in the city, Boston Bike Friday should definitely be on your radar. One Friday a month, convoys with leaders will ride into the city from various towns. The whole point is to encourage bike commuting and get people to use bikes more in general. The convoys all lead to City Hall, where there is a big breakfast party outside for cyclists, and a festival with participating local bike-related businesses.

I’m a cyclist, but I’m also a local bike-related business of sorts, since I wrote a mystery involving bikes. So I will be at City Hall this Friday with a LATITUDE ZERO booth and my cool street team!

We’ll be handing out Gatorade and water to thirsty riders, plus . . .  LATITUDE ZERO swag– including racing bibs and bike stickers. Also, we have sneak peaks of the hardcover book! My author copies and ARCs will be on display, and the book is available there for pre-order in advance of the 7/3 release date. PLUS . . . you can take a way your very own Chapter 7, which is all about cycling. And will slip neatly into your messenger bag or even your back pocket if you happen to be coming by bike.

If you’re in the area, I’d love to meet you! Come say hi!